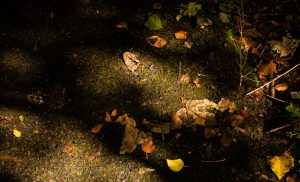 It’s been a been a busy couple of months to be honest, with a lot of life getting in the way of my photography. But I had the chance to revisit a place that I used to cycle along many years ago. It was early evening and the sunlight was filtering through the trees to leave a beautiful dappled light on the tarmac of the bike path below it. 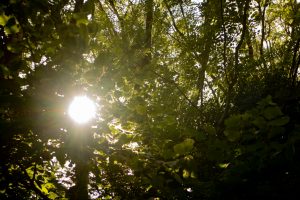 I hadn’t planned to go to the cycle path … I wasn’t even on my bike … but I took a camera with me anyway. I’m glad I did, the early evening light coming through the leaves was calm and beautiful. I didn’t find it  straightforward to capture the feeling of that walk. So I took a number of photos instead and tried to make the most of the contrast in light as it filtered down to where I stood. 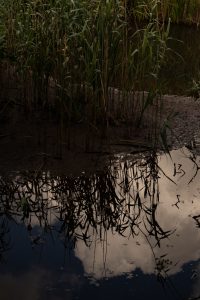 I had my small, mirrorless Canon M6 with me with an 18-55mm lens on it. I like to throw this into the car when I’m going somewhere as it’s light and easy to use.

However I had an encounter with a squirrel along the bike path which I entirely failed to capture with such a wide-angle lens. Next time I’ll take my 5D with a telephoto lens. But I’m pleased with the results from the M6. I feel that they are atmospheric and capture the way that I was feeling on that walk.

I think that this shows a divergence in the way that I take photographs of a time or a place. Before, I would try to take make one image that encapsulated everything that I felt about the scene. Now, I feel that a number of related viewpoints can better represent the feelings that I have.

This entry was posted in Lenses, Locations, Mindfulness, Stills. Bookmark the permalink.