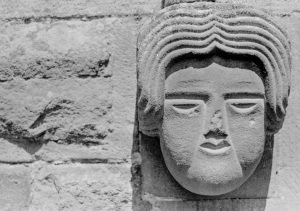 Earlier in the year I wanted something that would be both a new photographic challenge and a learning opportunity. Of course, when I first started to take photographs it was on film, then digital cameras became affordable and that changed the way I made pictures. But I had a nagging feeling that modern cameras were just a little too … convenient, I could afford to be more hit-and-miss with my photographs when I could see the results almost immediately on the screen. 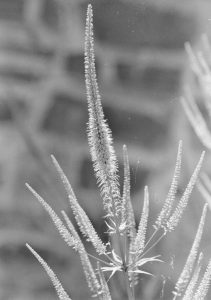 I always assumed that I would need to set up a darkroom in order to work with film (I didn’t want to send my films away to be developed and printed). Then I saw a piece on Ted Forbes’ excellent blog The Art of Photography that completely changed my way of thinking. He developed his own negatives then used a scanner to import then invert them on a computer. Of course, why hadn’t I thought of that before!

I wanted to be sure that I’d get at least something on film so I set the Canon to Aperture Priority, put on my second-hand 24-105mm zoom and started shooting. I found that I was instinctively looking at the back of the camera to see how the shot worked out. 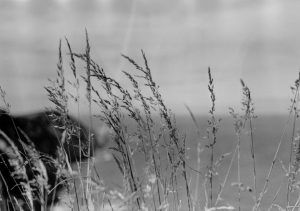 I’m pleased with the images, there are many things wrong with them of course, but I gained so much by working in a slower way. The whole point of the exercise was to make me think about the image more before I take the shot. This is something that I know will improve my digital photography. Already I look at the LCD screen on the back of my camera a lot less than before.

I’d loaded the camera with 24 exposure film mainly because I was impatient to see the results but also so that I didn’t ruin a longer film if things went wrong. 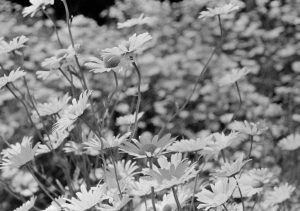 I needn’t have worried. I bought a changing bag and some chemicals online then loaded up my Dad’s old Paterson developing tank with the film that I’d just exposed. It’s a strange experience onloading the film in the changing bag then pooling it onto the reel for the tank. It took a little while but I managed it eventually. I closed the lid to the developing tank and brought everything out of the changing bag.

I was looking online for a nice, simple ‘how-to’ fo developing a black and white film when I stumbled across the Digital Truth website. It had everything I needed, and more. 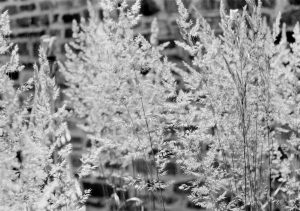 I set up my chemicals and followed the timings as closely as I could. After rinsing the film the time came to open the tank and see what had happened.

I was absolutely overjoyed to see negative images on the film. I sacnned them, inverted them and loaded them into Lightroom but, apart from a little cropping, I didn’t need to do any work on them at all.

There are problems. The images could do with a little more contrast, in my opinion, and I certainly need to be more mindful of dust and fibres when handling the film. Some of the images show some light fogging … I don’t know if this is down to the old camera body, my handling of the film or the scanning process. It’s probably a combination of the last two. But this isn’t the point. I have two very good digital cameras already that take amazing pictures. What I wanted from this was to learn the process. There’s a lot more to learn but I’ve gained so much already.

This entry was posted in Film, Monochrome, Stills. Bookmark the permalink.