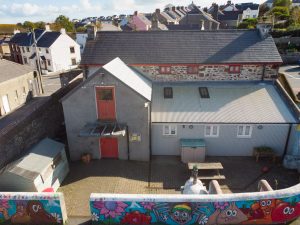 Yes, yes, I know, I spend too much money on gadgets. But I don’t regret it … not this time anyway! I have bought a small drone. I’ve been using one at work for a year now but I wanted to have one for myself so that I could practice aerial photography.

I have a PfCO from the CAA for using drones at work. To be honest, the training for the PfCO made me extremely apprehensive about flying the thing at all, but it has grown on me and I thoroughly enjoy it. Particularly as it enables me to take photographs in a completely different way. 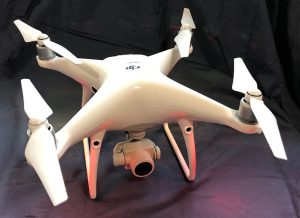 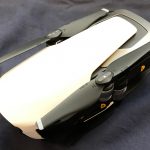 The Mavic Air is a smaller, cheaper drone but still has impressive features. One thing that I particularly like about it is the fact that it can fold up to the size of a mobile phone (but much thicker) making it very easy to carry about. The 12 megapixel camera is also gimbal-mounted. It has an 24mm (effective) lens that operates in the same ISO range as the Phantom 4. The Phantom 4 has a mechanical shutter whereas the Mavic Air has an electronic one. 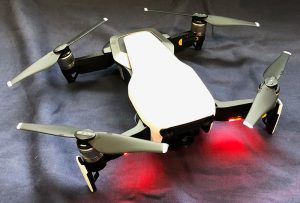 Both drones save images to a micro SD card in the body of the aircraft. It pays to spend a little more on a fast card when creating video files. Video formats can be in either mp4 or mov.

Still images can be saved in jpg or dng (raw) formats. Both drones offer HDR shooting.

The drones are controlled by an app on a smartphone or tablet mounted onto a controller with two joysticks. You can see live images on the phone/tablet which helps a lot when lining up a shot.

However, it’s best not to look at the screen too much. The trick is to become comfortable watching the drone with a naked eye and flying it without looking at the handheld controller. This gives you an awareness of surrounding objects and potential hazards which you might not notice by just looking at the screen.

This entry was posted in Drone, Lenses, Stills, Video. Bookmark the permalink.